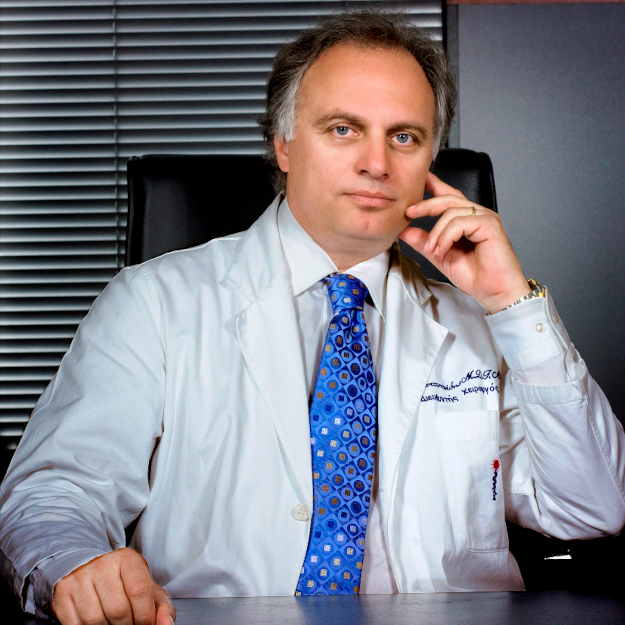 K. M. Konstantinidis MD, PhD, FACS is an Adjunct Professor of Surgery at Ohio State University, USA and the Director of the General, Bariatric, Laparoscopic and Robotic Surgical Clinic as well as the Scientific Director of Athens Medical and Pediatric Center.

He is the President of the Greek Chapter of the American College of Surgeons. He also is the President of the South Eastern European Society of Robotic Surgery and the President of the Hellenic Scientific Society of Robotic Surgery. He is the first to introduce lasers, laparoscopic, bariatric and robotic surgery in Greece. He also is a member of the board of directors of the Clinical Robotic Surgical Association(CRSA) .  He is a member of 36 medical and surgical societies. He has proctored over 200 procedures in various hospitals in Europe to start applying robotic surgery and has organized multiple courses of laparoscopic and robotic surgery. He is the first surgeon to perform Robotic Single-Site Surgery in the world! He has published multiple scientific papers and has participated as co-author in several surgical textbooks. He has been an invited speaker in more than 500 local and international meetings and has performed live surgeries during major surgical meetings and TV shows. He has organized several international congresses for laparoscopic and robotic surgery  To date he has performed more than 15000 laparoscopic and over 1500 robotic operations which is one of the biggest experiences internationally in those fields for one surgeon.  He has performed over 350 robotic single site operations in Athens Medical Center, which is the largest experience internationally. He is the first to perform single site cholecystectomies in women with advanced pregnancy the latest being at 31 weeks in her first pregnancy. He has been an invited speaker in international meetings in most of the European countries, in many states of USA, in Canada, in many South American and African countries, in Russia, China, South Korea, Turkey, Palestine, Cyprus etc. He has been awarded many times, by international scientific societies, for his pioneer procedures and recently the American College of Surgeons included him in the “Fellows of Leadership Society”.