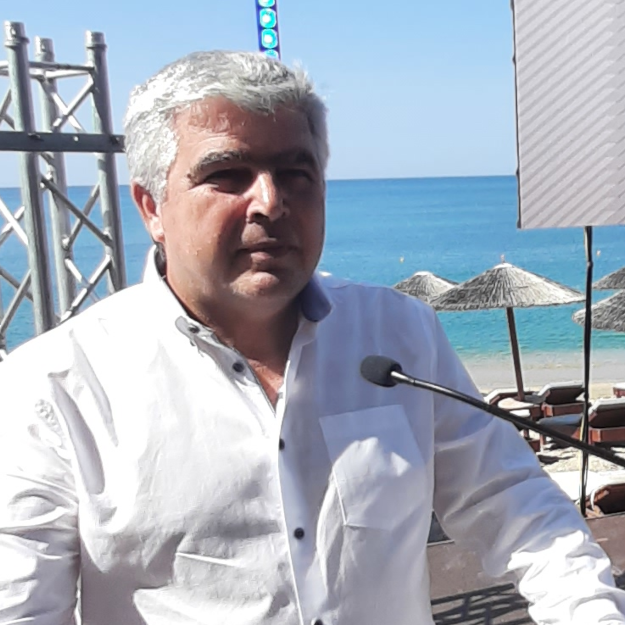 Nikos Georgakos is a Civil Engineer with studies at the Institute of Technology of Xanthi and since the end of his military service in the Greek Army he has worked for over two decades in the construction sector.

He is 51 years old, married to Rihanna Kontaratou and has two children, Lefteris and Antonina.

He is an elected member of the Chamber of Preveza, in which he was both General Secretary and member of the team for the new Open Mall. He has been a member and has served as Secretary General of the Technical Chamber of Preveza. In the past, he has been the General Manager of the Preveza Hospital, having left a remarkable personal contribution. He has been a participant in the educational programs on management of the World Health Organization. He has served as the President of the historic Orpheus Philharmonic.

Today, he is in the Board of Directors of the Network of Cities and is also serving as the vice-president in the Social Policy Committee of the Central Union of Municipalities of Greece.