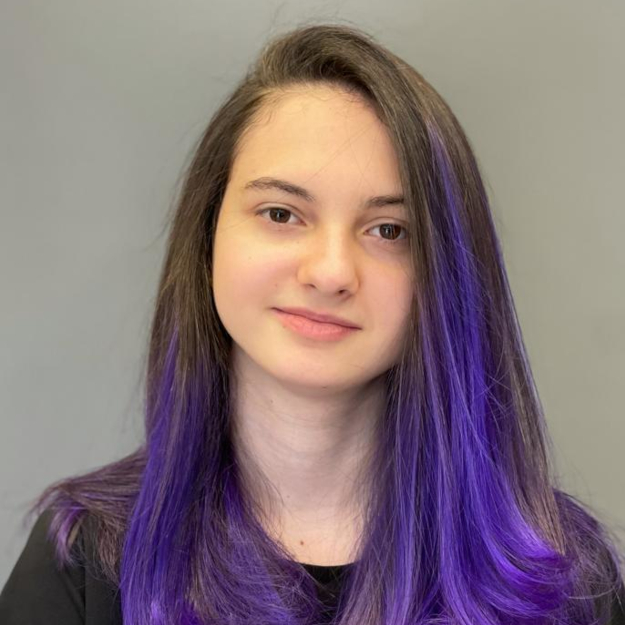 Selin Alara Ornek is 15 years old and a student in the 10th grade at Irmak High School, Istanbul. Selin began to code when she was 9 years old and started building robots when she was 10. Selin speaks English, Turkish and French. She is learning Python, C++ and Java. Selin has built 6 robots; ic4u and ic4u2 are guide dog robots for blind people, BB4All is a school assistant robot that’s main goal is to prevent bullying. Both robots are voice controlled and can interact with people. They have face recognition, object detection, and various sensory capabilities so that they act and learn artificially and autonomously. Her other three robots are Hashmet the Android and the one wheeled Starwars droid DO as she loves Androids and Starwars, and Kimberlina the battlebot. In 2018 she won first prize with her robot ic4u in the hardware category at Coolest Projects International, Dublin. The same year she was also a finalist in the European Youth Awards Open Innovation category with ic4u. In October 2019 Selin was awarded the “European Digital Girl of the Year, 2019” award in the (11-14year old category) by the Ada Awards in Brussels. In May 2020, she also won the Microsoft Youth Tech Star Award in the Women Leader’s in Technology Awards. In 2021 she won 1st place in the Open Category of the Bosphorus University Robot Cup, BROCUP. Selin really enjoys attending events, talking about her projects, and receiving feedback from different people. Her motivation is to be able to show other kids especially girls that technology is fun and also to encourage kids and young people to be a part of creating and using technology and AI for good.